Acupuncture is a fast and effective way to treat your pain 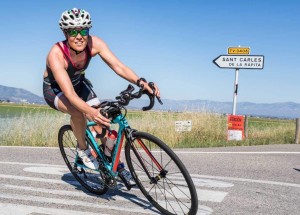 Whether you have joint pain, muscle strain, or an autoimmune disease such as arthritis, or suffer from headaches or migraines, acupuncture can help alleviate or even eliminate that pain, irrespective of whether it is caused by emotional stress or a physical trauma. I regularly see patients with herniated (slipped) discs, frozen shoulders, tennis elbow, repetitive hand strain (RHS) and knee problems. I have postgraduate training specializing in pain management using Dr Tan’s Balance method which enables me to give you fast relief from your aches and pains. Please see below a selection of comments that some of my patients have made on how acupuncture has helped them.

“Tania’s acupuncture treatments are for me priceless. She helps me cope continually with my arthritis. Since starting treatment with her she has helped to reduce the pain I experience, keep my joints flexible and decrease the severity of attacks that I have. Her treatment has also helped to improve my immune system. I no longer have as many colds as I used to, which used to be a normal part of having arthritis. I would not be able to live an as active life as I am if it wasn’t for her, or compete to the level I do in sports competition if it were not for her help.”

“I’m a 51 year old Canadian male that was on a short vacation to Barcelona when I suffered a “Disc Prolapse” at my L5-S4. I had stayed in our Hotel room for 4 days before contacting Tania … As a last resort. After just one 45 min. treatment .. 4 hours later, I was pain free for almost 48hrs. It allowed me the ability to sit, on the flight home. Thank You Tania.”

“When I first met Tania I was in severe pain. I’ve had a low back condition for a few years but never this extreme. I could barely walk more than a few steps without feeling sharp pain that made me want to lay down as it radiated down my leg through the sciatic nerve. Seeing her immediately calmed me down at a time when I could not focus on anything besides this pain. She said “it’s okay, you’re here now” and started my acupuncture treatment with her. After only two visits I felt a difference and could walk again. It has been about a month since that day and after continuing with her care I am able to function normally now. After each visit I’ve felt an improvement in my pain level and state of being. I attribute this fully to her acupuncture and the perseverance I’ve had. I know it wasn’t medication that improved the pain because I haven’t taken any. Her knowledge in treating the human body helped me when I needed help the most and I’d recommend her for that as well as her calming and accepting personality.”

“I suffered a muscle strain in my leg (soleus) in a triathlon competition end of last July when I had 6 weeks left to my main objective of the triathlon season, half distance race in Berga (1,9km swim/90km bike/21km run). After a confirmed diagnostic by a doctor and some weeks rest followed by rehabilitation with physiotherapists I was starting to get desperate – my leg was getting better slowly but too slowly for me…2 weeks before the race I couldn’t even think of running due to the muscle tension and pain. I started to think of the option of abandoning the race prior the start but I didn’t want to give up without trying everything so I contacted my acupuncture friend Tania for help (Today I can easily be wise and say that I should have done it since the beginning!). After a short but deep interview I found myself lying on a massage table and feeling myself relaxed and without pain for the first time in several weeks. Another visit at Tania’s place just 3 days prior to the race made me even more confident on getting to the race start line to fight for my objective. And it all went excellent! I was able to compete and totally enjoy the 3 disciplines without muscle tensions or pain – and the most important, I fully met my objective and exceeded all expectations. Thank you Tania for all your help and attention, you are a great person and an excellent professional!!.”

“I’m not sure if you’re a miracle worker or what, but since I visited you my neck has been pretty much crack-free. When I left the session I felt like I was walking on air!”

“I suffered a slipped disc in January, in vertebrae L5-S1 and a protrusion in vertebrae L4-L5. This caused a great deal of pain in the lower back area, sciatica, and I could only walk short distances and for no more than half an hour. After six months of anti-inflammatories, painkillers and rehabilitation, the improvement was very slow and the pain had not gone away. Tania advised me to try acupuncture for a while, whilst continuing with the rest of the therapy recommended by my doctor. I noticed an improvement in just a few weeks. The pain began to subside and I was able to stop taking painkillers. The fact that I was in less pain meant I was able to draw greater benefit from my rehab and strengthen the back, and this speeded up my recovery. On the days when there’s considerable muscular contraction in my back, Tania also gives me a Chinese massage in addition to the acupuncture.
Now, three months after starting the treatment, I can lead a normal life, I hardly have any pain and I’m not taking medicines. So the improvement has been obvious!”

Read all the testimonials →

“After years of suffering with the discomfort of sciatica in my right leg and nothing I tried worked, I was desperate. I saw an advertisement for acupuncture and decided to give it a go without much hope, but after just 4 sessions it’s a thing of the past. I have had no trouble since, and I can’t believe that was nearly 6 months ago. So thank you to acupuncture and Tania I can continue my life doing all the sport I love pain free. If ever the need should arise in the future I will definitely use Tania’s services again”

“I practice lots of sports regularly (running, cycling, swimming, skiing, Pilates, yoga…) and I often face seasons with excessive muscle tension due to hard training and competitions. Tania has provided me excellent relief on muscle tension and pain, her treatments can get straight to the point, even to the very deep and painful muscle tensions that none of the typical sports massages/treatments can efficiently reach. Her attention is great, she’s an excellent professional who provides results already at the 1st visit and in a couple sessions she has been able to totally eliminate the pain that I had suffered during weeks after an injury.”

“Tania´s methods are clear concise and “painless”, coupled with her warmth, understanding nature, and above all listening carefully to what was happening to me, boosted my confidence in recovering fast.
I highly recommend Tania for anyone in a similar situation………whether you are a “believer” or not…… the fact is that it worked for me.”

“In mid-September I was diagnosed with 2 herniated discs in the lower back….As similar sufferers will know the pain from this is brutal & relentless, leaving you in constant agony 24 hrs. During the following days & weeks considering numerous visits to the Neurologists (2 opinions sought) and traumatologists the course of pain relief recommended was to endure numerous drugs and injections on a daily basis in order to relieve the inflammation and pain.”

“It was impossible for me to sit, stand, lie…. sleeping was impossible and attempting to walk even a few steps brought agonizing pain which eventually forced me into a wheelchair for 10 days.
After admitting myself to hospital on 3 separate occasions with crippling pain and subsequently advised to continue with the cocktail of drugs, after 20 days with not even a glimmer of pain relief it was evident that traditional methods of treatment were not working for me so I stopped the drugs and made an appointment with Tania.”

“Tania saw me for 3 consecutive sessions and following each session the pain relief was dramatic and amazingly within such a short time I was walking unaided again…This complete turnaround over just several hours of treatment with Tania was truly impressive, and I found myself coming from a distraught, painful and what seemed unhopeful situation to that of functioning “normally” again. During the next 3/4 sessions Tania worked on each individual area of pain until each element was eliminated and I am so pleased to say that today I have no pain or discomfort and am able to progress now with my recovery with confidence and relative ease.”

“Tania is the best acupuncturist one could wish for. After only a few sessions my daily severe back pain is down to a once a week twinge and fading fast. She is professional above all with an intensely kind and warm energy that leaves you glowing and healed. I think my first visit was most vivid as she reflected my personal truth strong enough to make me think for a few weeks and this was all before putting any needles in me!
I highly recommend her for first timers who are a bit nervous as I felt nothing and to that she replied “I swear there are needles in you, it’s not magic”. But I must say, it does feels that way.”

“After years of suffering with the discomfort of sciatica in my right leg and nothing I tried worked, I was desperate. I saw an advertisement for acupuncture and decided to give it a go without much hope, but after just 4 sessions it’s a thing of the past. I have had no trouble since, and I can’t believe that was nearly 6 months ago. So thank you to acupuncture and Tania I can continue my life doing all the sport I love pain free. If ever the need should arise in the future I will definitely use Tania’s services again”

Research cited by the British Acupuncture Council states that acupuncture can help back pain by:

•Providing pain relief – by stimulating nerves located in muscles and other tissues, acupuncture leads to release of endorphins and other neurohumoral factors and changes the processing of pain in the brain and spinal cord (Pomeranz 1987; Zhao 2008).

•Reducing the use of medication for back complaints (Thomas 2006).

•Providing a more cost-effective treatment over a longer period of time (Radcliffe 2006;Witt 2006).

•Improving the outcome when added to conventional treatments such as rehabilitation exercises (Ammendolia 2008; Yuan 2008).

Acupuncture can reduce pain, inflammation, muscle and joint stiffness, and so may help in the treatment of frozen shoulder, by:

•Stimulating nerves located in muscles and other tissues, which leads to release of endorphins and other neurohumoral factors, and changes the processing of pain in the brain and spinal cord (Pomeranz, 1987, Zijlstra 2003, Zhao 2008, Cheng 2009);